We have a small core group of horses that we use for all of our activities including jousting. These horses are owned privately but can be  made available to approved riders subject to the owners' permission.

Most of our original team of warhorses have been retired due to age and are happily retired. We are building a new team of horses at the moment which does take a long time you need to find a horse with the right temperament. Running against another horse in the joust is unnatural for many horses and although some horses enjoy it, it takes time to build trust and train a horse to become a Warhorse.

Below are the details of our remaining team of original horses and our new horses at our Upper Hutt HQ. 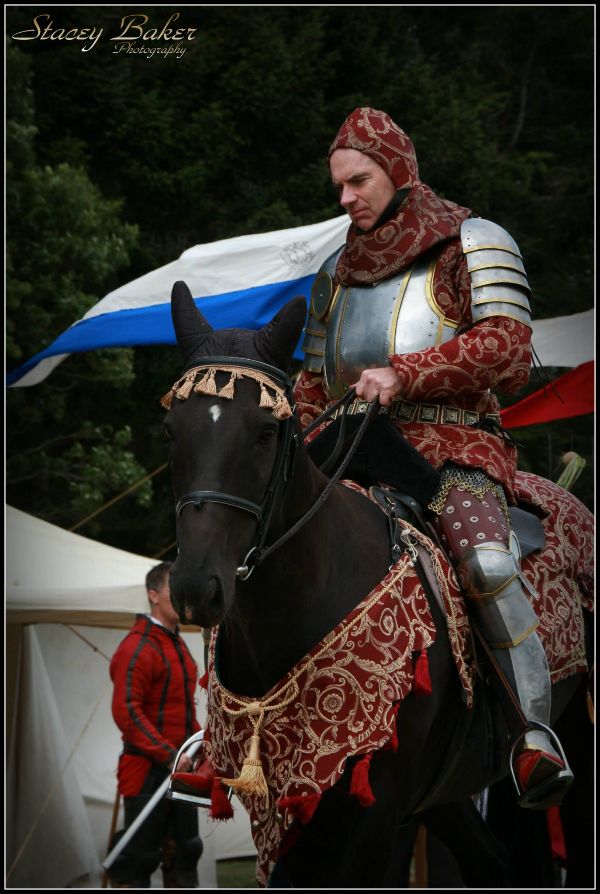 Monty is a 16.1 (165 cm) hand Stationbred (probably ½ Clydesdale and ½ Stationbred) who we purchased in 2007 when he was 5 or 6 years old. We don't like rushing horses into jousting - especially young ones. So once Monty was fully grown (age 8 or 9), we started training him for jousting. He rapidly developed into a trained Warhorse and he performed brilliantly in his debut jousting tournament - Taupo 2010. Since then, with his huge presence and alpha personality, Monty is our lead war horse he loves to joust. We also competed with him in dressage, flat classes, jumping and One Day Events.

Unfortunately Monty was daignosed with Cushings in May 2021 but he seems to be respnding well to medication. 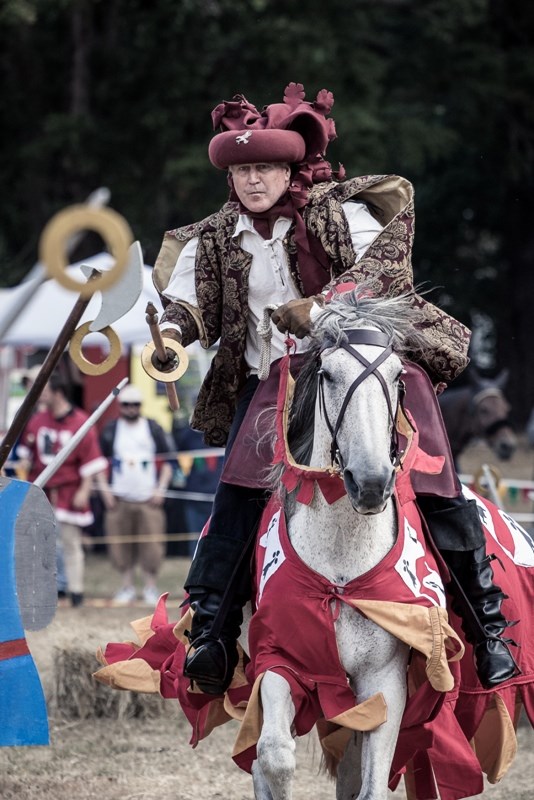 Buck is a 16 hand (162 cm) gelding who was the late John King's (in photo) main warhorse. Buck appeared at the later Harcourt Parks and also at some jousting and mounted rifle displays in the Auckland and Northland regions. We were very fortunate to be offered Buck and he has been part of our team since mid-2020. We are unsure of his breed but he is at least part quaterhorse. 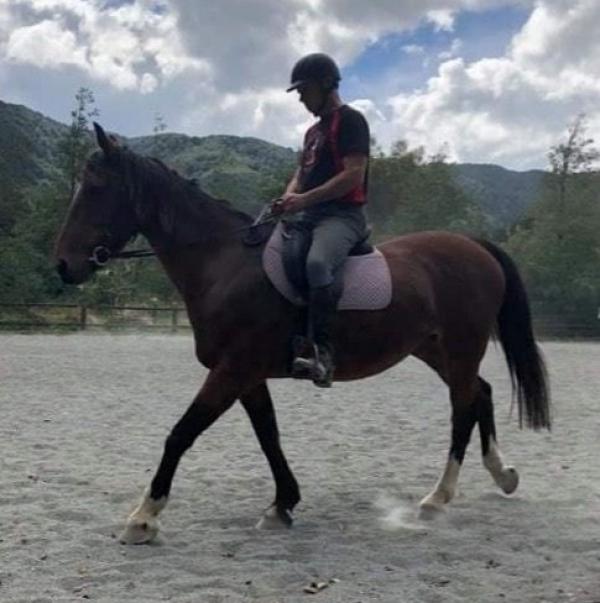 Nugget is a 165 (16.1 hand) Cylde X mare. She was another of John King's warhorses. She was born around 1998 and appeared at the last Harcourt Park tournament in 2015 and at a number of events in the Auckand/Whangarei areas after that. We were extremely fortunate to obtain Nugget in early 2021 and she has settled in very fast. 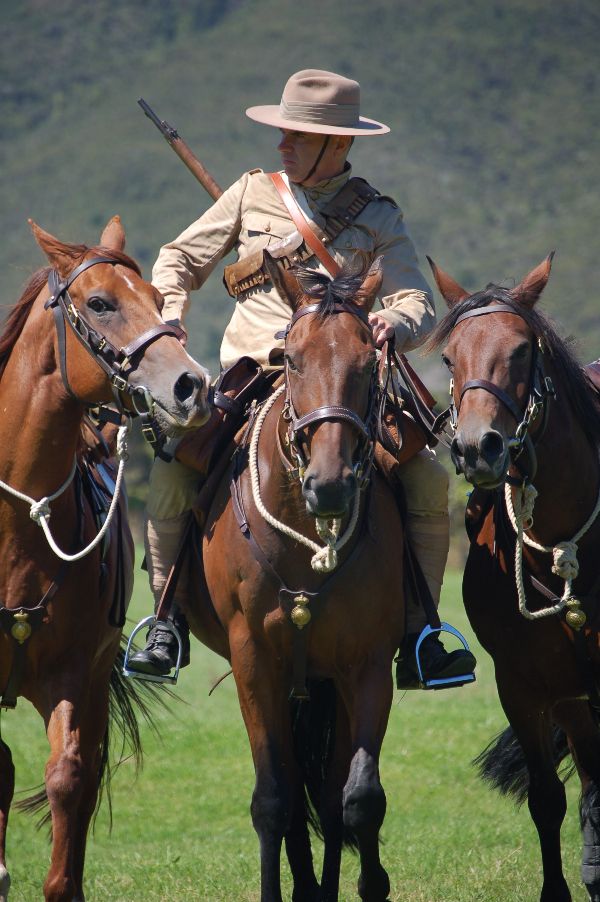 Will is a 15.3 hand (160 cm) gelding who we purchased in 2005 when he was 9 years old. We are unsure of his breed but he is a warm blood cross. Will was one of the stunt horses used on Lord of the Rings where he was mainly used as a front line "Rohan" cavalry horse. During the 2008/2009 season he developed into an all-round warhorse, particularly at Harcourt Park 2009. He is not that keen on jousting so we retired him from that in 2013 but he is good at everything else. As our oldest horse (he turns 25 in late 2021) we keep him in work but manage his workload carefully. He does not act or ride like his age! 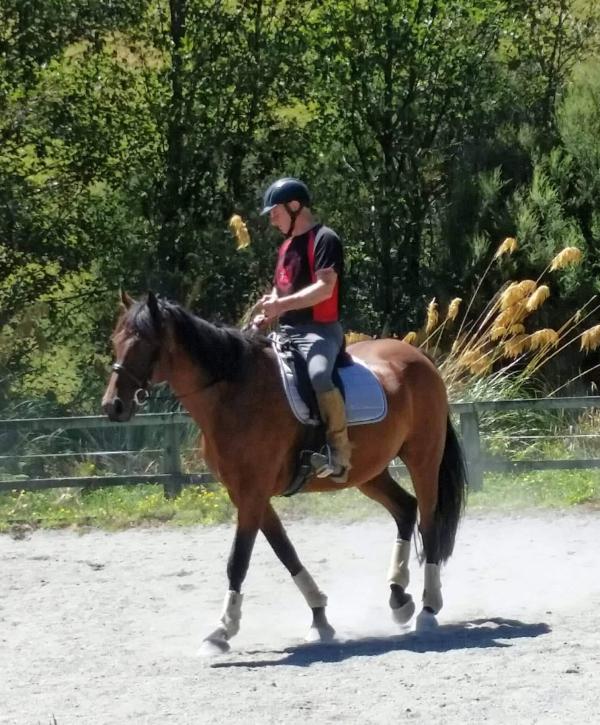 Rocky is a 16.2 (167 cm) hand Erewhon bed Station bred who we purchased in 2017 when he was 11 years old. After giving him some time to settle into his new home with us, we have started training him for jousting and other warhorse activities. He seems to enjoy this training very much and came through his first public display (2019 Wairarapa A&P Show) with flying colours. Although not part of our core Warhorse team, he is avaiable for the right rider to use.