The Order of the Boar Foot Combat Team trains in the use of both medieval unarmed combat and medieval weapons in support of our equestrian activities.

Training is run in association with the Upper Hutt Martial Arts Academy– a fully equipped and modern martial arts training facility in the Upper Hutt CBD.

The training teaches correct period techniques that are illustrated and described in surviving period manuscripts from the 13th and 14th centuries. We offer training in an original, well documented system of Medieval European called “Flos Duellatorum” written by the Italian sword master Fiore in the early 15th century. This material in this original and rare manuscript covers both unarmed and armed combat (using daggers, spears, long swords and poll ax) both on the ground and from horseback and provides an almost complete training system.

The long sword (a weapon that can be used either one handed or in both hands) is our weapon of choice and every student learns the basic elements of it’s use before moving on to specialise in other medieval weapons if they want to.

This includes the sword and buckler (small shield) as depicted in another original manuscript called the Tower Manuscript 1.33 (a German document dated c. 1300 which covers this type of fighting).

While the common weapons of 14th century and early 15th century dominates our training at the moment, we intend to introduce late 16th century sword training from 2011 as part of our expansion into this period as part of our Border Reivers portrayal.

Some training equipment such as a padded jacket, rigid hand protection and weaponry is required. These can be purchased at a discounted price from The Red Knight. 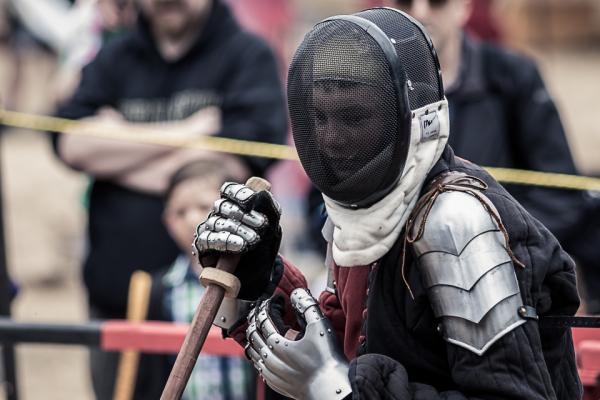 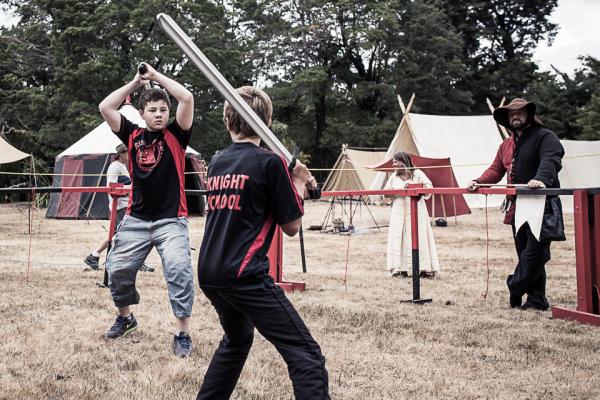